"This book is planned to open to the public a series of paintings accompanied by Mr. Yasukawa's essays on the Kobo-Daishi. The photographs contained within the following pages were taken by the leading photographer of Koyasan, Mr. Yoshimitsu Nagasaki." (Preface)

A collection of essays explaining the history of Japanese traditional ornaments from painter's point of view. The series ran in the Shukyo Kougei Shinbun from December 2007 to August 2011. 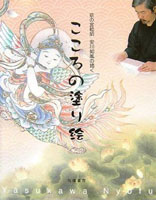 As the wind blows: In the people, therefore I am

A collection of essays about the various episodes of meetings and partings and the world of painting. The essay originally ran on Chugai Nippo art page from Janurary 1998 to August 2000. 24 out of 32 series are retouched and edited for publishing.

The World of Colors

A first collection of essays ran on Shukyou Kougeisha Newspaper from September 1993 to Feburary 1996. The essays are retouched and edited for publishing.

Artisans of The Gods 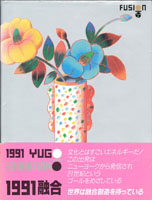